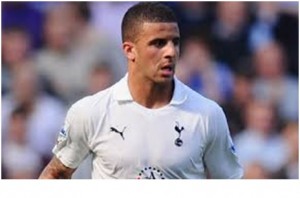 Our right-back Kyle Walker is set to make his comeback tonight after nine months out with a pelvic injury as we take on Besiktas in the Europa League in Turkey.

His last appearance came way back on the 13th of March, and his absence has caused him to miss out on participating in the World Cup with England, for which he would have been a certain selection.
In his absence, Spurs have found it difficult to fill the void on the right side of their defence, with Eric Dier (who is a natural centre-back) and Kyle Naughton who has not really convinced whilst deputising.

Walker is expected to play some part in Istanbul as Tottenham Hotspur look to secure the top spot in their Europa League Group. Both sides have already qualified for the round of 32. Avoiding defeat would be enough for Pochettino, who is likely not to rush Walker back into the first-team action due to the busy festive period which is coming up.