The Cracks At Spurs Are Now Appearing

It’s almost impossible to point a finger at what is wrong at THFC. The problem started many years ago and was undetected until recently. It resembled a slow spreading cancer which was hindering any real life progress.Now everything is becoming more apparent and it doesn’t take a genius to recognize the weaknesses. As the title of this report goes : The cracks at Spurs are now appearing.

Never been able to keep up with  the pace of the front-runners.

Long gone are the days when players played for next to nothing and played for the team’s honour and glory. The days of Greaves, MacKay, England, Knowles etc have disappeared into thin air. I’d dare to state that since the formation of the Premier League, a rat race has begun and Spurs have always been one step behind. The limitation on spending money has been more important than success on the pitch. WHL is by no means a large ground thus the income from games is nothing like those of the clubs with larger stadia. This resulted in spending limitations and a closer look at the balance sheet and Profit & Loss figures instead of the other figures that really count. This tight spending fashion has not allowed world class players to gift the team, thus the end results have been mediocre. Just look at the silverware won from the inception of the PL. Nothing to boast about. We certainly have had flashes in the pan with players like Ardiles, Villa, Klinsman and a handful of others. It has always been financial figures that count thus THFC have seldom shown a loss in their audited accounts, unlike the top clubs that have adopted the opposite approach i.e. ignore the books figures and look at the other figures and we all know what the other figures are about. It’s about spending and spending and spending simply and only for one reason, to improve the team and finish the highest in the league. As a result the club’s prestige becomes more valuable and the investors pays attention. Chelsea, Manchester United, Manchester City, Arsenal and Liverpool have all had investors splash money like confetti. Look where it got them. 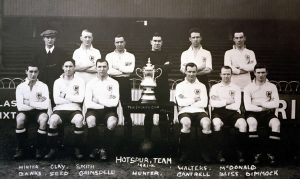 The depth of the squad

Mauricio Pochettino spoke about how his players had struggled to cope with the twin demands of the Premier League where every game is relentless and seems to go down to the wire, and the Champions League, where focus of an even greater level is required. There have been several illustrations of the strain but the most recent one was when Spurs had needed stoppage time to win an intense derby at home to West Ham United and the squad that travelled to Monaco on Monday were still licking their wounds. In the training session that evening, Pochettino effectively had to fitness test several of his stars – including Harry Kane, Mousa Dembélé, Dele Alli and Jan Vertonghen – and, at the same time, prepare a starting XI for the game. It was definitely not easy as the present squad has no depth. Last season the squad seemed immune to injuries and that was a blessing in disguise. This season, they have not, and Kane and Toby Alderweireld have missed three games apiece in the Champions League. Many more have been unavailable or nursed knocks and played at less than 100%.We play Chelsea tomorrow and they have had the same squad for the last 6 games. Pochettino has needed to dig deep within his ranks for the answers which he has not found and his comments after the latest loss to Monaco were revealing. “If we are in the Champions League next season, maybe we need to make some changes”. Real depth in the squad means to have in each position 2 players of equal quality and skill. This does not apply at Spurs and is another downfall which derives from my initial argument of not spending but looking at the book figures.

The poor impact of the summer signings

Victor Wanyama came to us from Southampton in June 201. There were those who wondered where he would feature ? The manager knew that it was essential to bulk up because the Champions League would place so many more demands upon his squad and the increased competition for places would also be no bad thing. Wanyama has routinely cut an imposing figure. But what of the other new boys? To put it bluntly, they have done little to push the team forward. Vincent Janssen has flickered, he remains without a goal in open play and I hope is not another Roberto Soldado. Georges-Kévin Nkoudou was signed to provide a game-changing option on the wings but the Gaffer has only trusted him with very limited playing time and he still remains a question mark. Moussa Sissoko. The £30m midfielder who is now the highest earner at Spurs with weekly wages reported to be 100K has shown us absolutely nothing so far and by the looks of things another big purchase mistake.

The lack of creativity and poor form.

Those players who excelled last season have by no means reached last season’s form. Erkisen, Dembele, Dier, Lamela to name a few. Even our most promising youngster Ali has so far failed to hit top form. The creativity is missing this season and if a considerable improvement is not reached then I fear that CL football will not be within our reach. 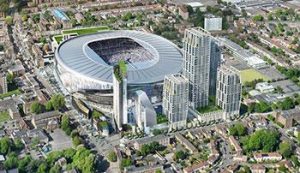 We should all be proud once the new stadium has been completed. From what I have seen so far it will be a GEM of a stadium. However by building a Stadium we have to borrow money and that will be the catalyst for the next years to come. Spending on players will be reduced. Wages will freeze and not exceed the 100K weekly figure. We might even loose players because of the wage freeze. So be prepared for a dull few seasons with mid table positions and no silverware for the time being. All this to a good cause though. That day will come when the Glory days will once again return to whatever the new stadium will be called. WHL will surely be missed. Prospects for a protagonist Spurs team will return with a BIG BANG but not before 2020/2021 season.