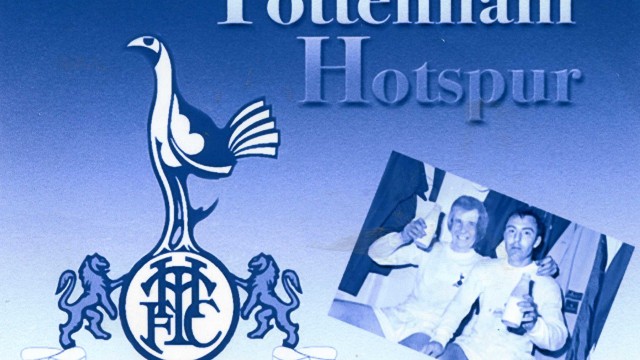 What is your name? Ivan McOwens

What is your position in the CSSC committee? Treasurer

What is your daily job?(work)   Now retired but was an accountant

How long have you been living in Cyprus?   Moved here 1st December 2006

When did you start supporting Tottenham Hotspur?   Probably around 1953 1954

What was the first game you saw live? Been asked this question many times. I honestly cannot remember my first game, but can remember my first floodlit game. It was 1957 or 1958 a friendly against Hibernian. We won 4-0 and Dave Dunmore scored 2 of them.

What is the most exciting moment you always cherish, from your Spurs memory? Being behind the goal at Wembley into which Spurs scored both goals to win the double May 1961.

Where is the weirdest place (unusual location) you watched Spurs?   Don’t really have one

Which footballer, past or present, is your all-time favourite? Split between John White & Dave Mackay

What is your all-time favourite goal? When and against which team was it scored?   Pick any of Gareth Bales free kicks or one of his hat trick against Inter Milan.

Who is, in your opinion, the all-time best manager at Spurs?   Without doubt Bill Nicholson

When was your last visit to White Hart Lane?     February 1999. I moved to Southend in 1966. Still worked in London so travelling there every day, I thought it too much to go up on weekends as well.

Where is your favourite seating position at WHL? I spent many years standing on the “shelf”. That will always be my favourite place, even though it does not now exist.

Configure an 11-man team with 3 substitutes, representing your all-time favourite Spurs players in a formation of your choosing!

For the season 2013 – 14, who do you nominate as Spurs Player of the Year?   Split between Hugo Lloris & Christian Eriksen

What do you think Spurs will achieve in the 2014 – 15 season? Sorry but I can’t see them doing anything better than top 6 in the league, but may have a chance in any of the 3 cup competitions they are in.

Who would you like to see playing in a Spurs shirt in the new season?   Anyone who could guarantee at least 20 goals a season.

Which Spurs chant on the terraces is your favourite? The original Glory Glory Hallelujah of the 1960’s

What item in your possession related to Tottenham Hotspur, do you consider your personally most valuable? (not monetary value)       Sorry but never given it any thought.